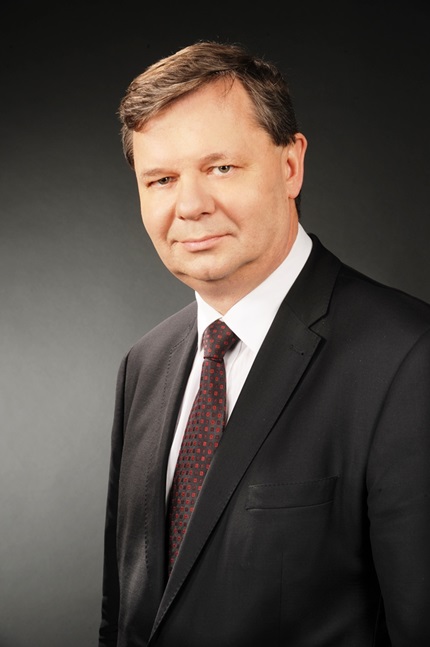 Mr. Wasik began his career at WSK-PZL Kalisz as a designer in 1987. In 1991, he became a project coordinator at Pratt & Whitney Canada, then rejoined PWK in 1994, where he led the Quality Management department and later became Director, Production.

In 2001, Mr. Wasik assumed the position of General Manager at newly established PWC-Aerotech Kalisz. Following its merger with PWK in 2003, he was appointed Vice President & Chief Operating Officer. He subsequently managed the Hamilton Sundstrand (UTAS) plant in Wroclaw as President & CEO.

A graduate of Poznań University of Technology, Mr. Wojtek holds a master’s degree in industrial machinery and vehicle engineering. He completed his postgraduate studies in management analysis at the Canadian International Management Institute in Warsaw. He has also attended the Queen’s Executive Program in Canada and participated in the INSEAD Global Leadership Development Programme.