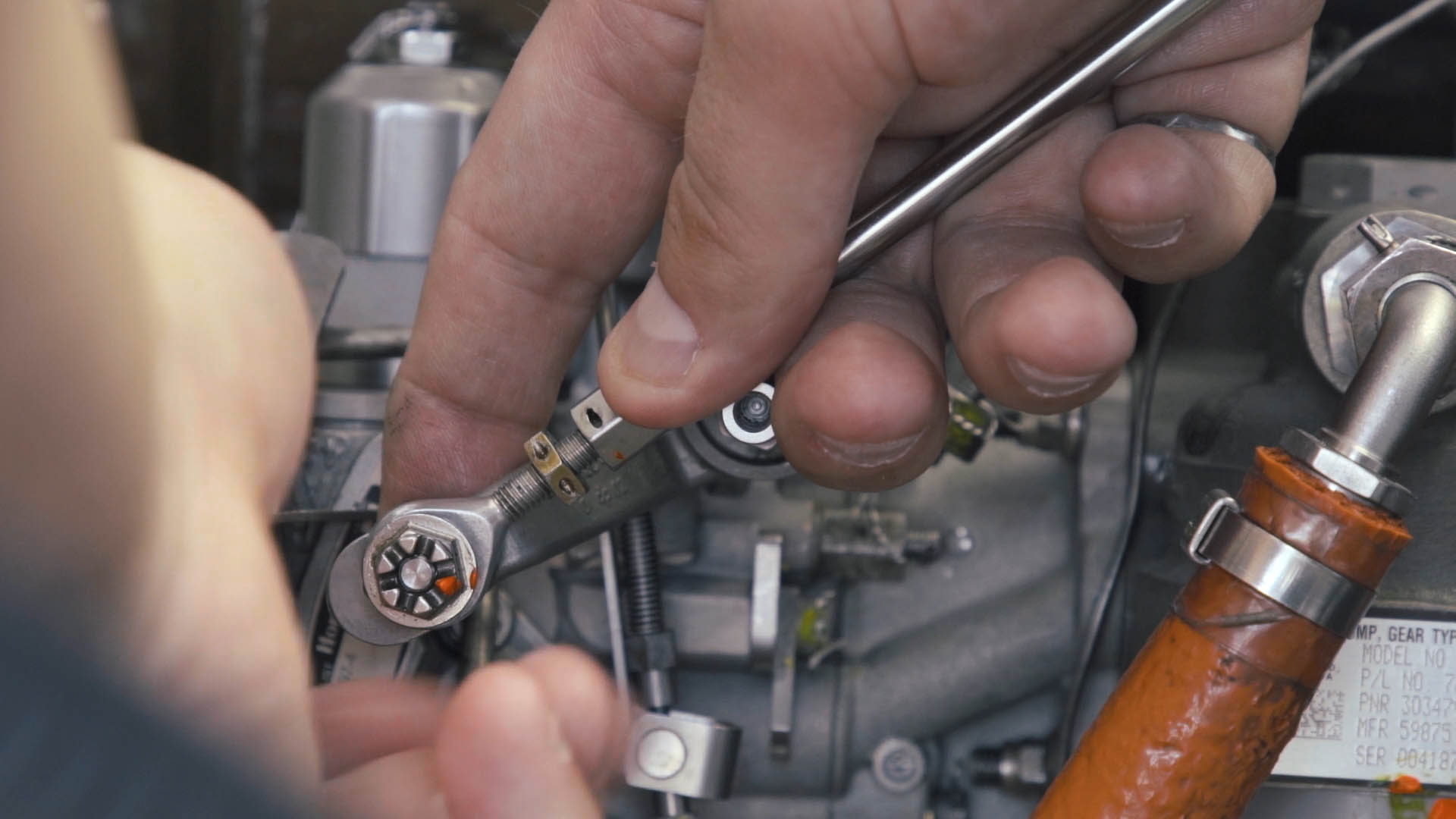 IMPROVING THE CUSTOMER EXPERIENCE THROUGH OUR BLOG AND SOCIAL MEDIA

Last year, we provided King Air 200 and 350 operators with videos that shed light on the complex art of rigging – the process of hooking up engines to the aircraft so they’re perfectly balanced and perform optimally.

Following the positive feedback from our customers, we decided to turn the videos into a series focusing on various models. We’ve just launched the next set of videos, which target Cessna Caravan and Grand Caravan EX operators.

“We continue to innovate so our customers can easily access the support and information they need, when and where they need it. Our Airtime blog and social media channels are great tools for doing that, as these videos demonstrate,” says Rob Winchcomb, Owner Pilot and Manager, Customer Service at Pratt & Whitney, who played a key role in producing both sets of videos.

For the latest series, the production team travelled to Belize, where our customer Tropic Air generously agreed to let us use a PT6A-114A-powered Caravan and a PT6A-140-powered Grand Caravan EX. With the help of their maintenance technicians, the team shot footage of the rigging process, including engine adjustments in the run bay, over five days. CLARIFYING THE SUBTLETIES OF RIGGING PT6AS

Rigging is an important – and often underappreciated – aspect of aircraft performance, notes Rob. Properly rigged engines have many benefits for customers:

While the rigging process is broadly similar from one engine to the next, each model has its own intricacies and subtleties. Explaining these in writing might require a couple of pages of detailed description. In a video, on the other hand, the explanation can be condensed into 10 or 20 seconds and is much more effective, since customers can see exactly what to do on an engine identical to their own. 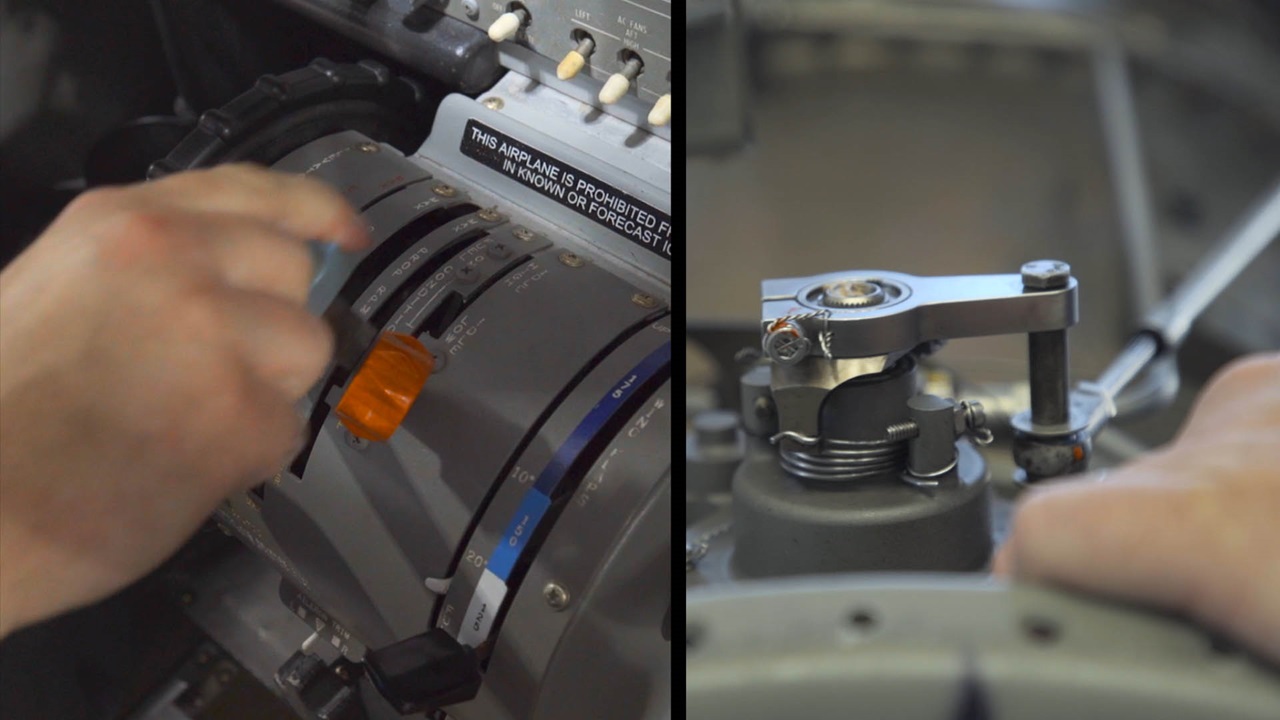 They say a picture’s worth a thousand words, in which case a video is like an entire book. These videos take what’s written in our engine manuals and bring it to life. You can see the instructions being applied in practice.
Rob Winchcomb, Owner Pilot and Manager, Customer Service at Pratt & Whitney

Like the King Air rigging videos, the new Cessna videos demonstrate the basics of setting up the control system, rigging the engines and making final adjustments. But, as Rob points out, thanks to the lessons learned from producing the first round of King Air videos, the new ones provide viewers with an improved experience.

“We’ve taken it up a few levels,” says Rob with satisfaction. “The content is cleaner and flows more smoothly.”

By analyzing how people were watching the King Air videos – such as where they would stop, go back and rewatch a particular section – the team also identified which information delivered the most value. The Cessna videos take this into account.

FOCUSING ON DETAILS THAT CUSTOMERS APPRECIATE

The videos contain what Rob calls “a-ha moments,” where the visual demonstration of a particularly tricky point immediately clarifies it for the customer. One example is serrated washers.
We knew customers were struggling with adjusting the serrated washers. In the video, we really break down why we want them to adjust it and why it’s important. When they see it on screen, it suddenly makes sense.
Rob Winchcomb, Owner Pilot and Manager, Customer Service at Pratt & Whitney
Likewise, the visual explanation of how to rig the condition lever makes it much easier to understand. The videos also share handy practical tricks that help technicians avoid the need for special tooling, such as how to use a folded piece of paper for measuring angles.
The goal with these rigging videos is three engine runs and you’re done. This will save our customers time and fuel by ensuring proper, consistent rigging, whether for a single aircraft or an entire fleet. The videos supplement our maintenance manuals by taking what’s written there and bringing it to life.
Rob Winchcomb, Owner Pilot and Manager, Customer Service at Pratt & Whitney

You can view the new video here and the King Air videos here. Next up in the series will be Air Tractor aircraft, with Rob and the team planning to start production as early as August.