Fashionably Late Doesn't Apply To Your Engine TBO. Here's Why 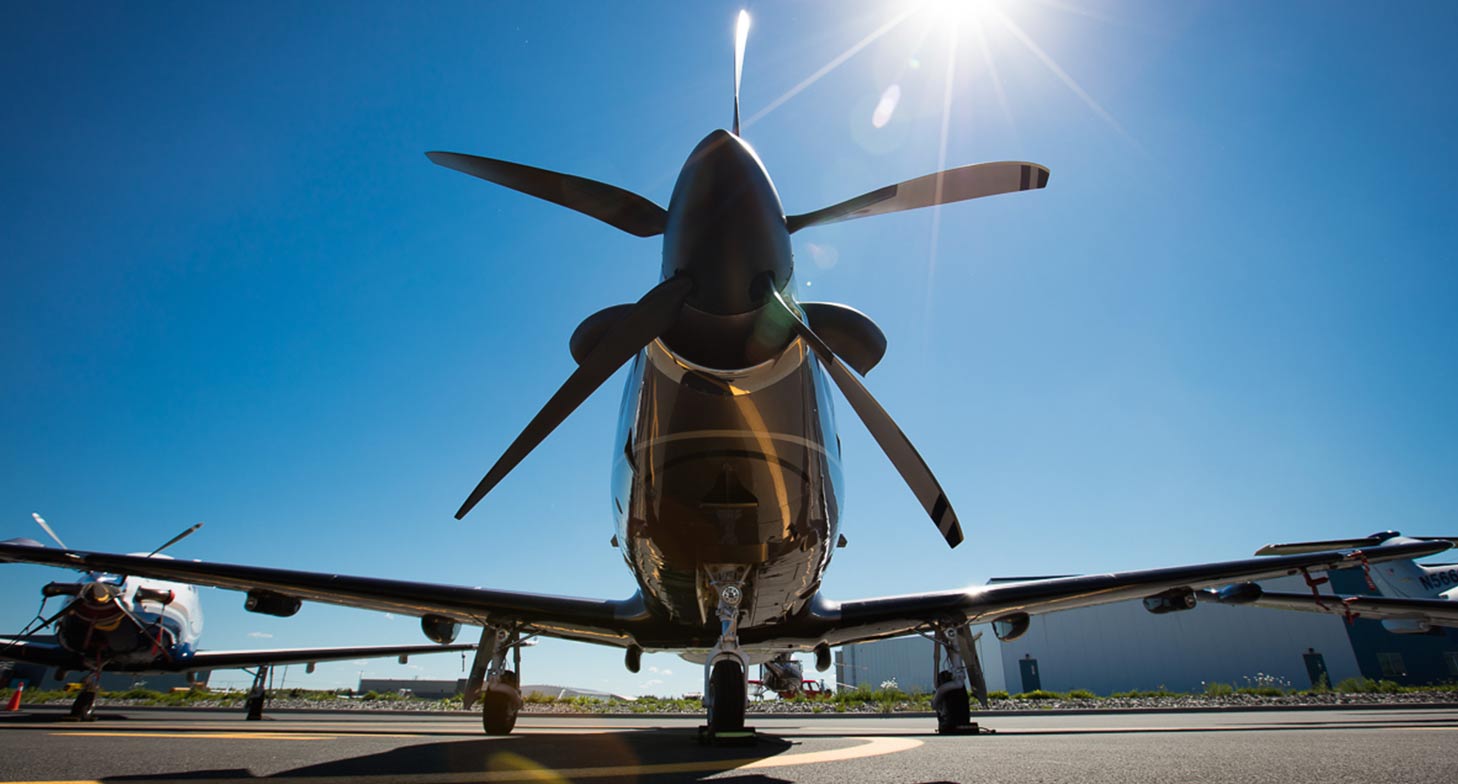 February 9, 2018 | Maintenance, Overhauls, Turboprops | 2 min read
There are two simple reasons why always respecting an engine's TBO is of fundamental importance to any operator: performance and economics. Discover why this is one deadline you don't want to miss.

An engine’s TBO is carefully calculated during type certification testing, a process whereby critical parts are studied during rigorous endurance testing. Aircraft undergo various aircraft mission simulations; performance is graded in different environmental and climatic conditions and then an initial TBO is assigned.

The TBO generally ranges from 3,000 to 6,000 engine flight hours, depending on all the different factors involved. It is assigned based on achieving an optimized cost of operation. But no matter the actual number, an engine should always be overhauled at the suggested TBO—otherwise, performance and cost will be affected.

“It’s also important that you follow the instructions for continued airworthiness before reaching the TBO,” Paul Forest, PT6A Senior Lead, Customer Engineering, told Airtime. “If not, you might need to repair or replace components before the specified time limit because of operational or environmental factors.”

Depending on the environment in which they operate, engines are prone to different amounts and types of wear. For example, those that power aircraft in very hot, humid or salt-laden environments will be more susceptible to corrosion. Workhorse engines used for firefighting, crop-spraying and parachuting are more likely to sustain heavy wear—and therefore more likely to need lower intervals.
There could be metal fatigue. These are small but growing cracks or internal engine wear that don’t show up during routine inspections. You can nip these in the bud by sending your engine in for an overhaul on time.
PAUL FOREST, PT6A SENIOR LEAD, CUSTOMER ENGINEERING

When an engine is sent in for its first overhaul, it is inspected for any maintenance work that may be needed. Typically, any overhaul-related costs such as replacing or repairing parts maybe covered by the engine warranty. But if the basic TBO is exceeded on an engine, this coverage will be lost.

What's more, to get the most out of an engine’s warranty, we encourage operators to send their engine to a designated overhaul facility (DOF) authorized by P&WC. “These facilities are audited by us to ensure that our quality standards and procedures are followed, and they also give you access to genuine P&WC parts and commercial support programs," says Paul.

TBOS ARE GETTING LONGER

Over the years, advances in engine design, technology, engineering, materials and engine reliability have raised basic TBOs from 800 hours when the PT6A was first introduced back in the sixties to the current level, starting at 3,000 hours up to 6,000 hours on certain models. New predictive and preventive technologies that are revolutionizing engine maintenance are helping to further extend TBOs.

For example, advanced data analytics and a new generation of engine health management solutions, such as P&WC’s FAST system and Oil Analysis Technology, are providing a much deeper understanding of engine performance without the need for intrusive inspections. By shifting customers to a data-driven environment offering near-real-time engine and aircraft insight, these prognostics systems are enabling the extension of TBOs to longer than ever. What’s more, for some engine models, regular scheduled maintenance can be shifted to “on condition” programs. 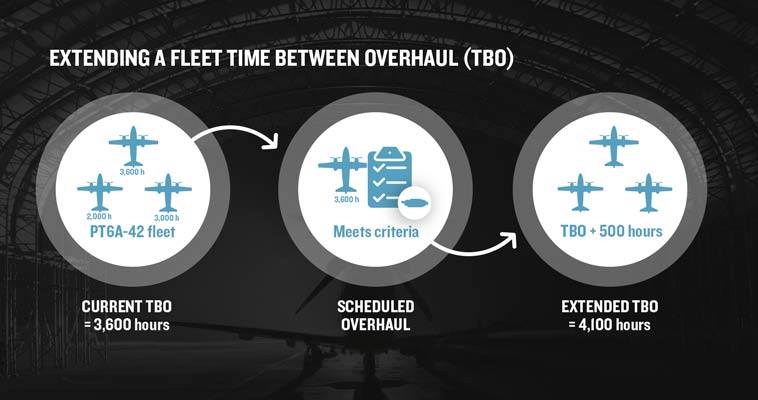 TBO escalations can be achieved for some engines (see TBO SB’s Option “A” and Option “B”). With Option A, the initial TBO can be increased in 500-hour increments to as much as 8,000 hours (or 12 years, whichever comes first) with a Fleet TBO Extension. Option “B” allows the TBO of an individual engine to be raised to 5,000 to 6,000 if it’s deemed suitable, based on the engine model configuration, condition, method of operation and other evaluation criteria.

With a Fleet TBO Extension, it’s possible to raise the TBO of an entire fleet of similarly operated and maintained engines if the first sample sent in for an overhaul is in good condition, based on inspection of its condition, maintenance records and the hardware condition at previous intervals.

For example, in a fleet of new PT6A-42 engines with a basic TBO of 3,600 hours, the first engine that reaches 3,600 hours would need to be sent in for an overhaul escalation process. "Then, if that engine meets the criteria for extension the fleet TBO would be escalated by 500 hours, so the next engine wouldn't have to be overhauled until it reached 4,100 hours," explains Paul. The extension also needs to be approved by the local aviation authorities.

Paul stresses the importance of discussing the options for cutting down costs with a field support representative.