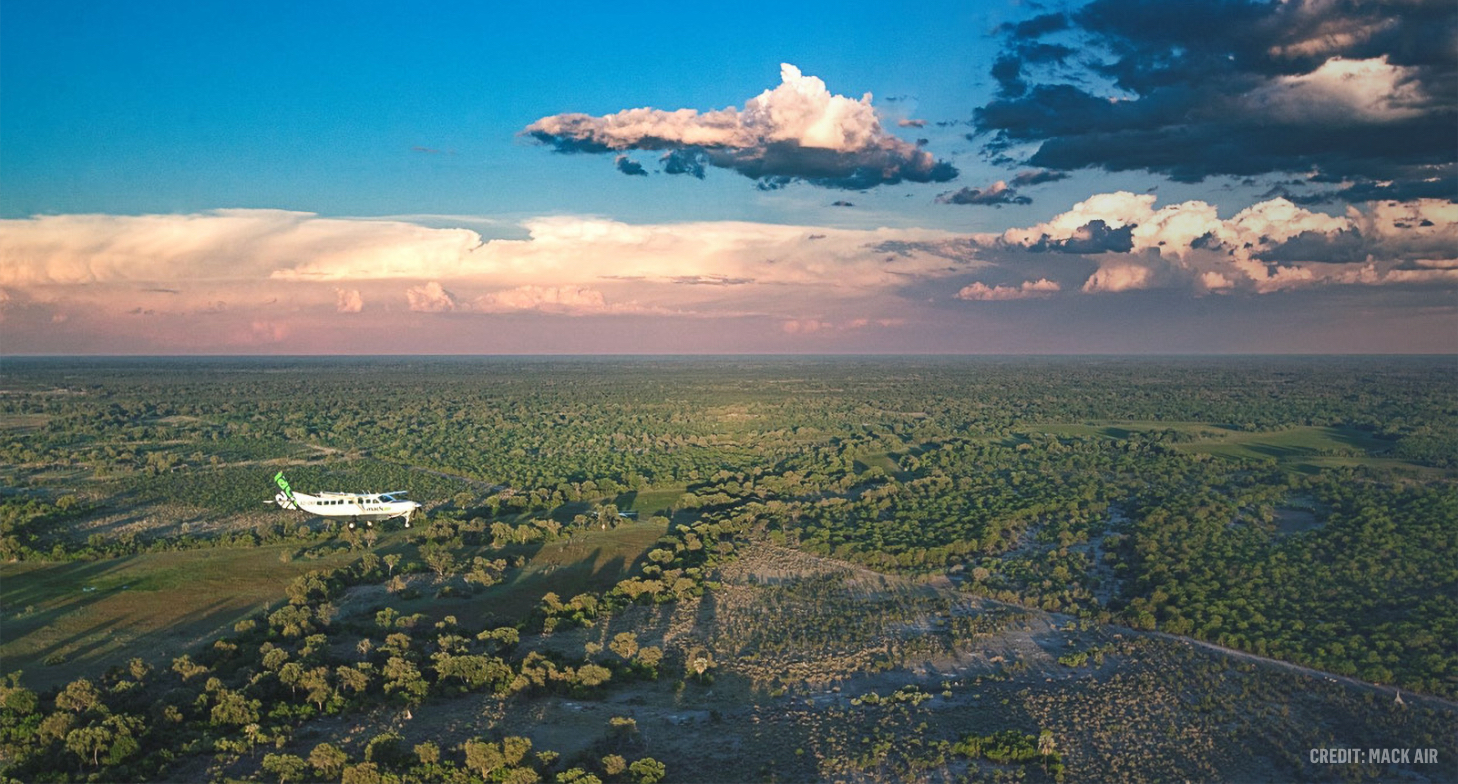 Brand new or freshly overhauled engines have acceptance limits designed to allow for sufficient temperature and speed margins to bring the engine to its next scheduled overhaul while producing the rated torque. “With normal utilization any engine will have its temperature and speed margins deteriorate,” explains Francis Marotte, Customer Manager - General Aviation Program.  “Engine deterioration is one of life’s certainties, you can’t avoid it. However, you can minimize the rate of deterioration by operating the engine in accordance with the POH/AFM (Pilot’s Operating Handbook/Airplane Flight Manual) and maintaining the engine according to the Pratt & Whitney documentation. This way, your PT6A will give you the rated torque.”

In late 2018, Mack Air -- a Botswana-based tour and shuttle operator -- noticed that some PT6A-140 engines in its fleet of Cessna Grand Caravan EX aircraft were losing temperature margins. The interstage turbine temperature (ITT) margin had reduced at a rate faster than expected, given that the aircraft were only around 12 months old.

Concerned about the potential long-term impact on engine performance, Mack Air reached out to Pratt & Whitney for support. That set in motion a joint, multi-pronged investigation that ultimately helped the customer gain a better understanding of the new engine’s operating and maintenance requirements.

The Pratt & Whitney support team reviewed data collected using the Pratt & Whitney FAST™ technology. This engine health trend monitoring system, which is installed on all of Mack Air’s fleet, captures and wirelessly transmits full-flight data for analysis within minutes of the pilot shutting down the engine.

As Francis notes, the data was a valuable resource during the investigation process.

One of the first things we did before sending engines to the test cell, is review the FAST™ data on these engines to confirm Mack Air’s reports. Not only did we confirm that the rate of deterioration was higher than expected, we were also able to see that all the pilots were operating the aircraft consistently and exactly as they were trained to do. We were therefore able to make some recommendations. For Pratt & Whitney, this investigation would have been much more difficult without this data.
Francis Marotte, Customer Manager - General Aviation Program.
Based on the review of our FAST™ data, Pratt & Whitney confirmed that all pilots were operating the aircraft in a consistent manner, reinforcing that our training program was effective. It was rewarding for our team to hear that from the manufacturer and it gave me confidence that my team would implement the changes suggested by Pratt & Whitney.
Michael Weyl, Managing Director at Mack Air

“The PT6A-140 and other PT6A models have an inertial separator located in the aircraft inlet, just before the engine’s intake,” explains Francis. “When the engine is running at power, the separator serves to capture and expel debris that might cause foreign object damage.”

However, due to the nature of its design, the inertial separator needs the forward motion of the aircraft to be effective.
We discovered through an exhaustive study that while the aircraft was parked in certain environments with the engine running at low power, foreign debris was sucked into the engine with air through the intake door on the side of the aircraft. This was having an adverse impact on the compressor.
Francis Marotte, Customer Manager - General Aviation Program.
Fortunately, the issue can be avoided with a simple fix: place the inertial separator in the NORMAL (closed) position during stationary ground operations, especially when the propeller is feathered. When the aircraft is moving forward, it may be placed in the BYPASS position. Moreover, the pilots can choose to keep the inertial separator in the BYPASS position for takeoff and landing, if ambient conditions allow, and sufficient power for takeoff is achieved. The POH/AFM provides additional recommendations on how to adjust power when using the inertial separator.

Mack Air’s business involves keeping engines running during short stops in between flights on unpaved runways in a dry, dusty environment. This was a major contributing factor to the situation. 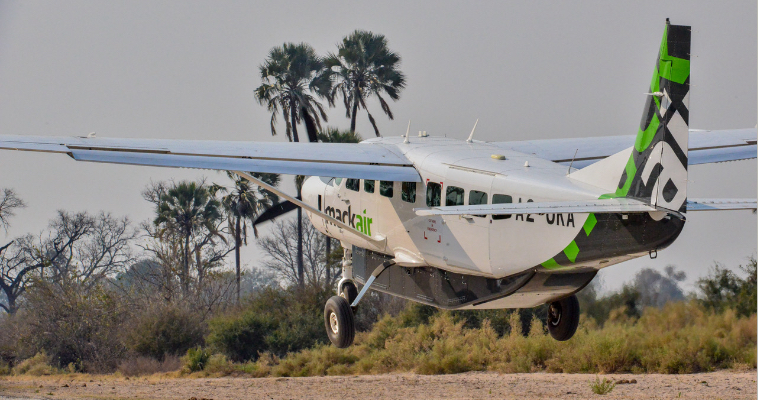 Credit: Mack Air
In collaboration with Textron Aviation, a recommendation was made to close the inertial separator when an engine is running while the aircraft is parked as a best practice for Cessna Caravan operators. Customers with other PT6A-powered aircraft may want to consider it too, as a precautionary measure. Francis recommends to consult with the aircraft OEM and follow their recommendations, as each PT6A installation is different and the inertial separator configuration may behave differently.

Every engine model is different. You cannot always apply the same maintenance practices even if they look similar externally, because on the inside they could be completely different and may require different maintenance intervals.
Francis Marotte, Customer Manager - General Aviation Program
The Engine Maintenance Manual for a given model will provide basic schedule recommendations for compressor desalination washes, turbine rinses, performance recovery washes and other maintenance practices. However, what matters the most is the operator’s own experience for his environment and type of operation.

Benefits of a global network

“Since the customer is located in Botswana and already had a working relationship with StandardAero, our Designated Overhaul Facility in South Africa which has significant experience with this engine model, it was only logical to ask them to inspect some of the engines and they did a great job,” explains Francis. “Mack Air’s peak season was approaching, so we doubled down on the investigation process by leveraging the Pratt & Whitney Engine Services (P&WES) shop in West Virginia, which also has considerable experience with in-service PT6A engines. Also assisting throughout the whole investigation was the Pratt & Whitney MRO Engineering organization – namely Louis Simoneau – whose insights were invaluable. Only the shops in our Global Service Network have access to our in-house experts like Louis, that’s often a determining factor in identifying an issue quickly and resolving it once and for all.”

The expertise of these facilities, combined with Pratt & Whitney’s strong working relationship with both the customer and the Cessna Caravan’s manufacturer, Textron Aviation, helped to isolate the cause and reverse the ITT performance deterioration to Mack Air’s satisfaction. 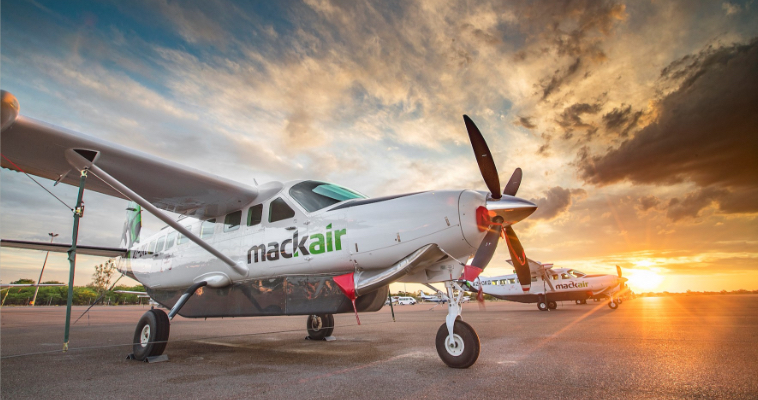