The PT6A Engine Prove Its Worth Time And Time Again 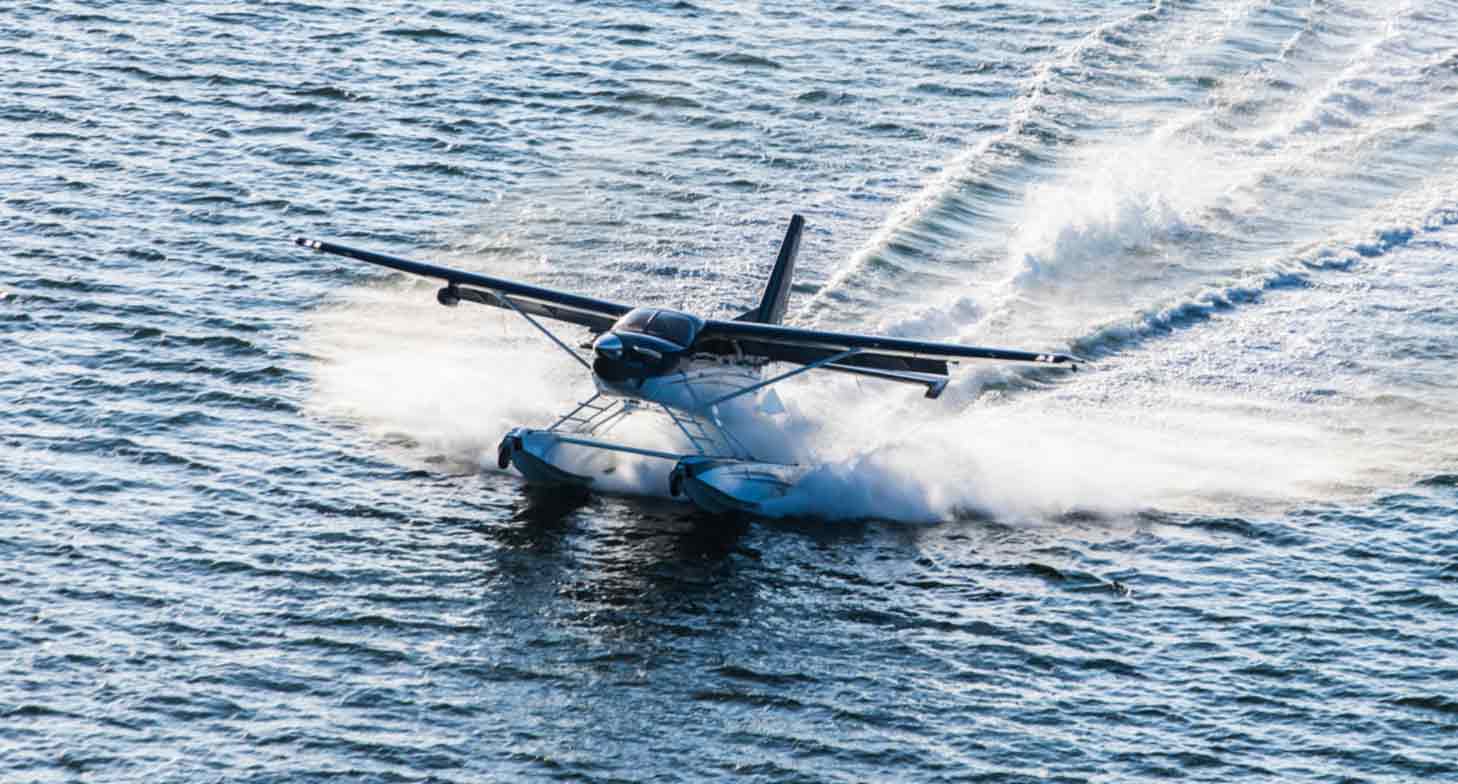 July 17, 2017 | Customers, Passion, PT6A | 5 min read
No one appreciates the PT6A's reliability more than customers flying in inhospitable environments, who stake their lives on its performance – like Quest Kodiak aircraft pilot Mark Brown.
Mark Brown still vividly recalls the nerves he felt before embarking on his first flight across the open ocean a few years ago.

Marketing director and factory demo pilot for Quest Aircraft, Mark has aviation in his blood. He was born into a family of pilots and flew for the first time at the age of 13 – but even he could not help wonder about flying solo across the Atlantic on a Kodiak powered by a single PT6A-34 engine.

“I’m not going to lie: I was nervous going into it,” he recalls. “That’s a lot of cold water beneath you, and the Kodiak’s only got one engine. If you have an issue, you don’t have a lot of other options,” he says. Throughout his journey from Quest’s home base of Sandpoint, Idaho, to Germany, he kept a close eye on the engine’s status, checking the oil temperature and pressure on a regular basis to ease his mind.

He needn’t have worried. The needles stayed constant the entire way – a testament to how pilots can trust the PT6A-34 to perform when it matters most to them. 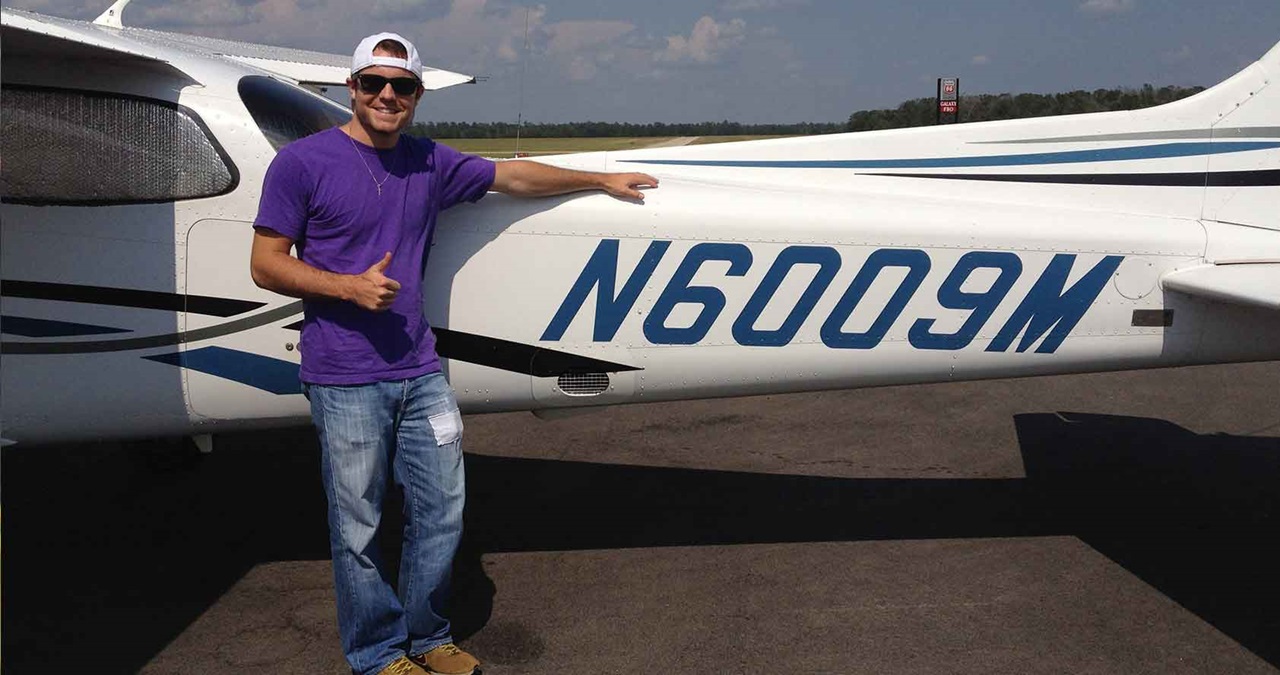 Mark Brown, 22 years old, when he got his IFR.
Personally, as a pilot who flies behind the PT6A 600 to 700 hours a year, I can tell you I love the engine. It’s been nothing but great for me.
MARK BROWN, MARKETING DIRECTOR AND FACTORY DEMO PILOT, QUEST AIRCRAFT

A COLLABORATION BUILT ON RELIABILITY

That reliability is precisely why Quest Aircraft selected the PT6A-34 back when it was first developing its Kodiak aircraft in the early 2000s.

“The Kodiak is a modern-day bush airplane,” explains Mark. “It was built to be rugged, to be strong, to be simple. The original mission was to be a humanitarian tool that would replace piston airplanes. It was always intended to have a turbine engine. We picked the PT6A-34 because it’s one of the MOST established continuously produced single-stage turbine engines on the market. It had proven reliability. It was the logical choice.”

Over time, customer base for the Quest Kodiak has evolved and continues to gain popularity among owner-flyers looking for a highly capable, general-purpose and luxurious aircraft – a kind of “Range Rover with wings,” as Mark puts it.

One thing has remained constant, however: every single one of the 200-plus Kodiaks produced to date has a PT6A-34 in front. 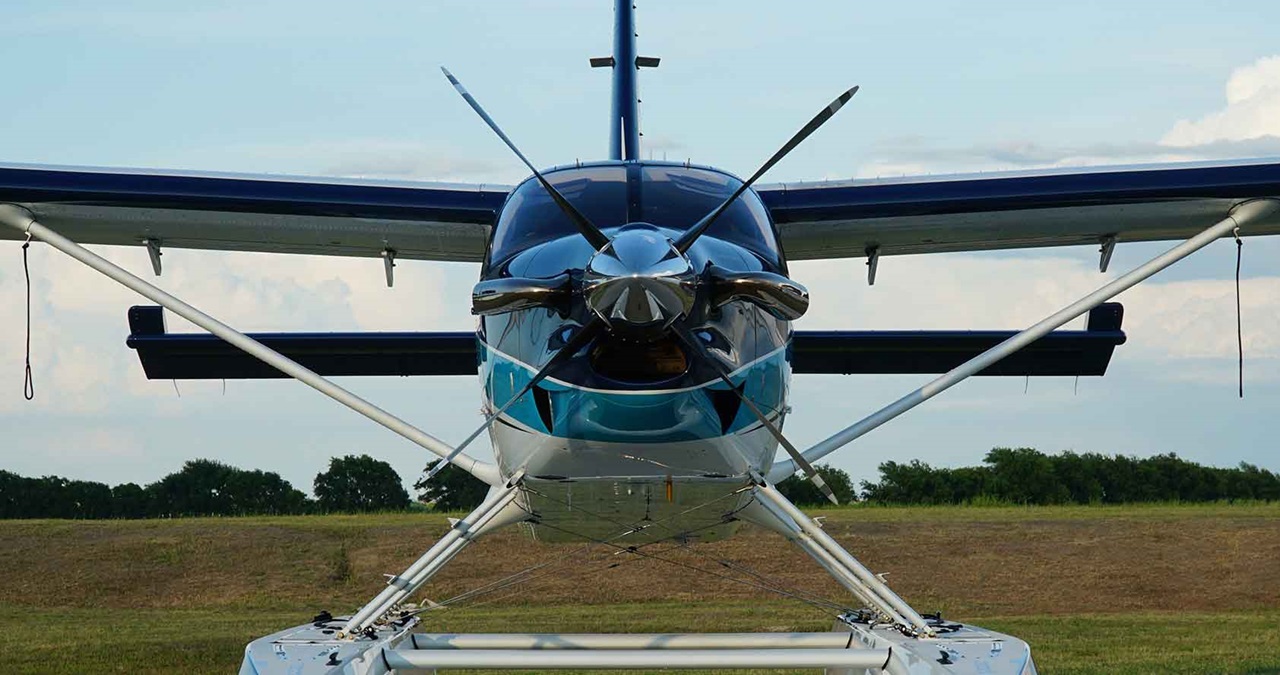 Mark Brown, flying on his Kodiak powered by a single PT6A-34 engine.

The latest chapter in the long-standing collaboration between the Quest Kodiak and Pratt & Whitney Canada is that they are co-sponsoring the afternoon air shows at this year’s edition of the Experimental Aircraft Association (EAA)’s AirVenture Oshkosh in Wisconsin, which runs from July 24 to 30, 2017.

“We have a great relationship with P&WC, so it made perfect sense for us to collaborate on sponsoring the air shows,” explains Mark. “Everything just kind of fell into place.”

AirVenture Oshkosh is one of North America’s largest general aviation events, attracting flying enthusiasts from around the world. The afternoon air shows are one of the highlights each year. These spectacular flying demonstrations feature aerobatic pilots, fascinating vintage aircraft fly-bys and more. 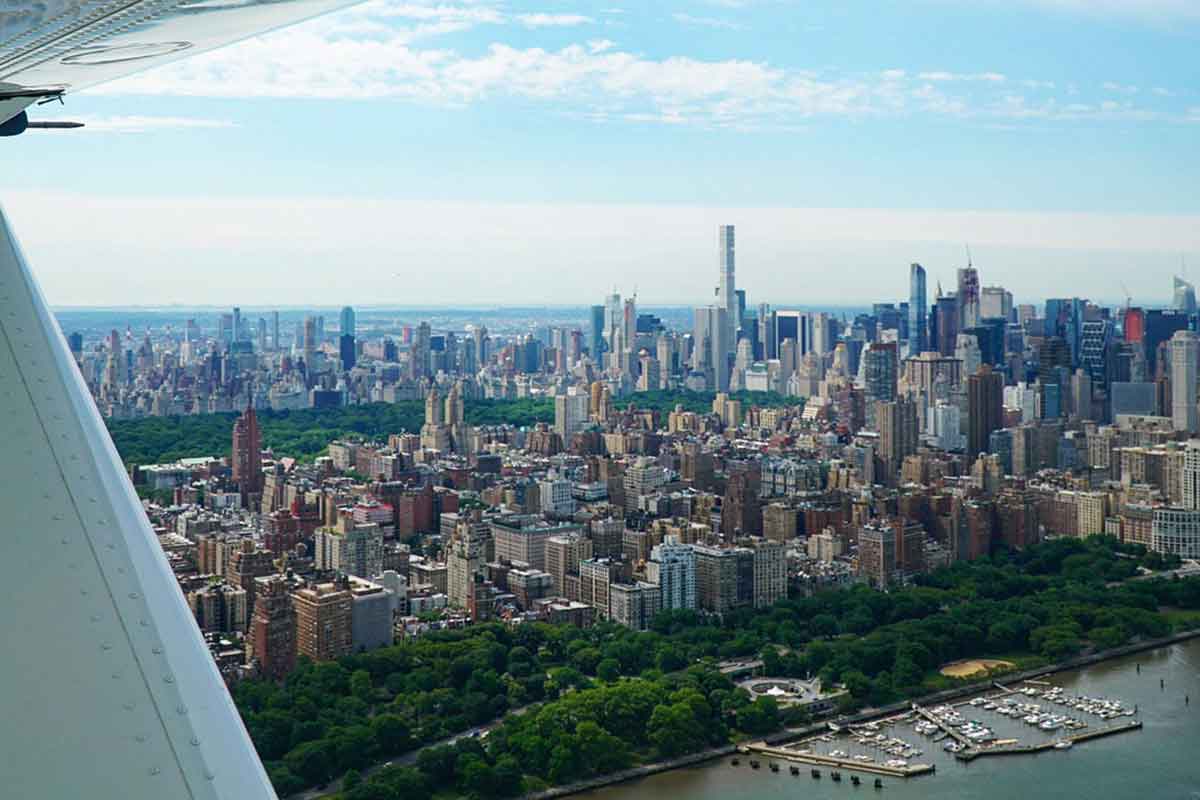 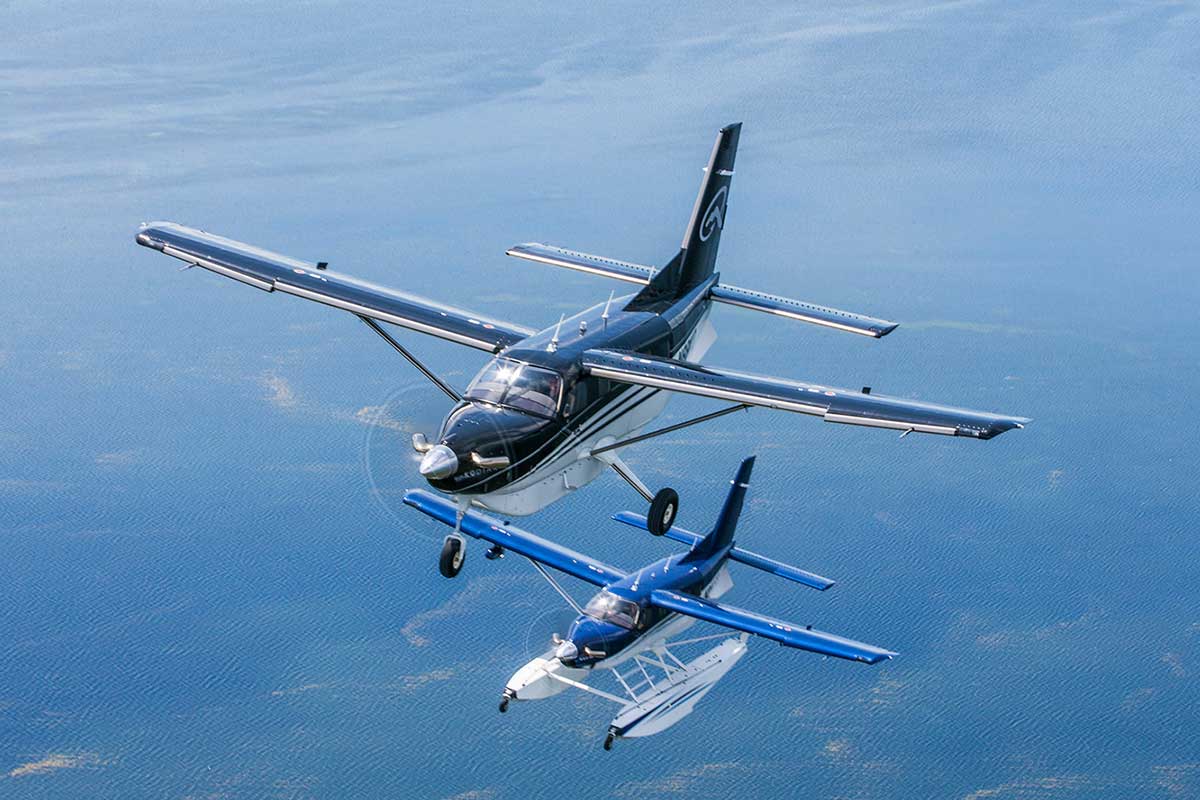 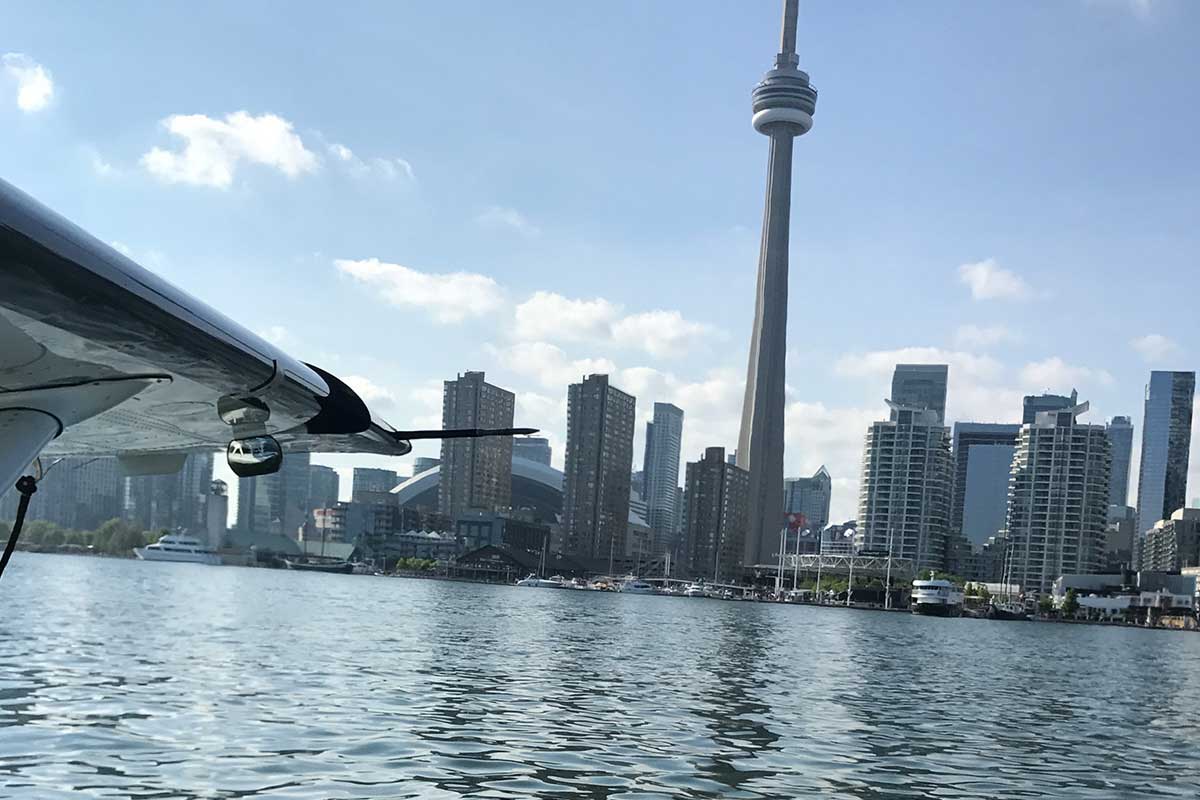 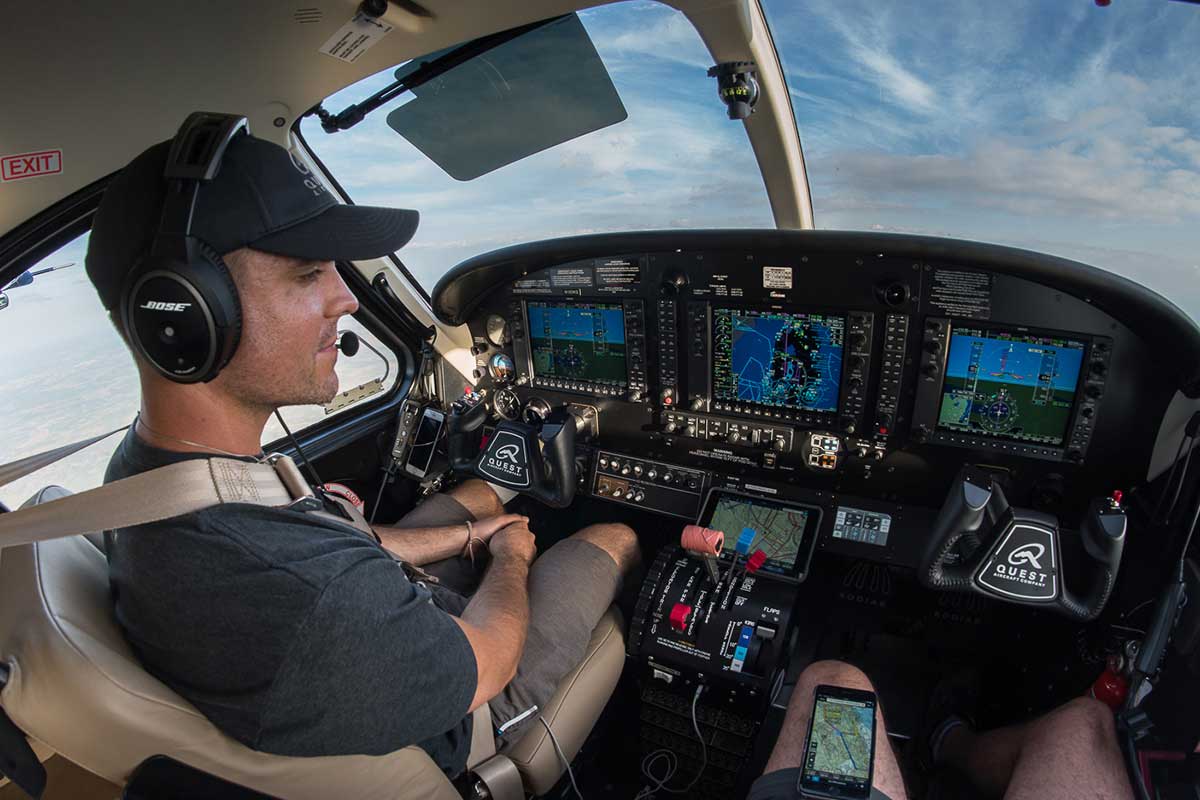 For both P&WC and Quest, the week-long is a great opportunity to reach out to both customers and enthusiasts. Quest will have three aircraft on display, and Mark will spend the event talking to Kodiak fans and prospective customers, educating people less familiar with the aircraft and doing demo flights before and after. The company is also sponsoring an auction to raise money for EAA’s Young Eagles program.

Besides the commercial benefits, Quest was eager to sponsor the air shows because the event, and the EAA which organizes it, plays an important role in bringing people in general aviation together and supporting the community.

“General aviation is something that we in the United States take for granted, but I’ve flown the Kodiak in some 50 countries on six of seven continents, and I’ve seen first-hand what can happen when there is lack of support. It could fall by the wayside, which is why support is so important,” notes Mark.

Oshkosh is all about people who fly their own airplanes and who are passionate about aircraft of all shapes and sizes. It lets people touch and feel the aircraft and see what they’re like.
MARK BROWN, MARKETING DIRECTOR AND FACTORY DEMO PILOT, QUEST AIRCRAFT

A LIFELONG LOVE OF FLYING

Mark completed his first solo flight on his 16th birthday, before he even had a driver’s license. Flying has always been something he wanted to do. “One of my first memories is of watching my brother take off in a T-38 when he was going through pilot training,” he recalls.

He briefly pursued a career in finance but soon realized that he would rather be flying than sitting behind a desk. After accumulating flying hours through a variety of jobs, he was hired by Quest. His passion for aviation is inspired by a love of travel and the freedom that flight offers. He remains as enthusiastic as ever – as is evident from the amount of time he spends flying each year.

Last year, he travelled for 300 days, talking to fans and prospective customers almost daily. This year, he took part in a month-long tour of Canada and the United States, visiting Quest dealers throughout North America to demonstrate the Kodiak’s seaplane capabilities and educate customers about its benefits as the fastest certified float plane currently produced and the only airplane that is ready to be equipped with floats when it leaves the factory.

The tour wrapped up at the end of June and Mark is already eager for his next PT6A-powered flying adventure so that he can continue to share his passion for aviation with others.

“Like most pilots say, an airplane cockpit is the best office in the world. You’re free up there. Whether you’re in a Piper Cub flying at 500 feet or a jet flying at 40,000 feet, the feeling’s the same. The problems you may have, when both feet are on the ground, are put in perspective when you're flying. That’s what I really love about it,” concludes Mark.