MissBeechcraft Shares: How to Fly a Sports Car in the Arctic 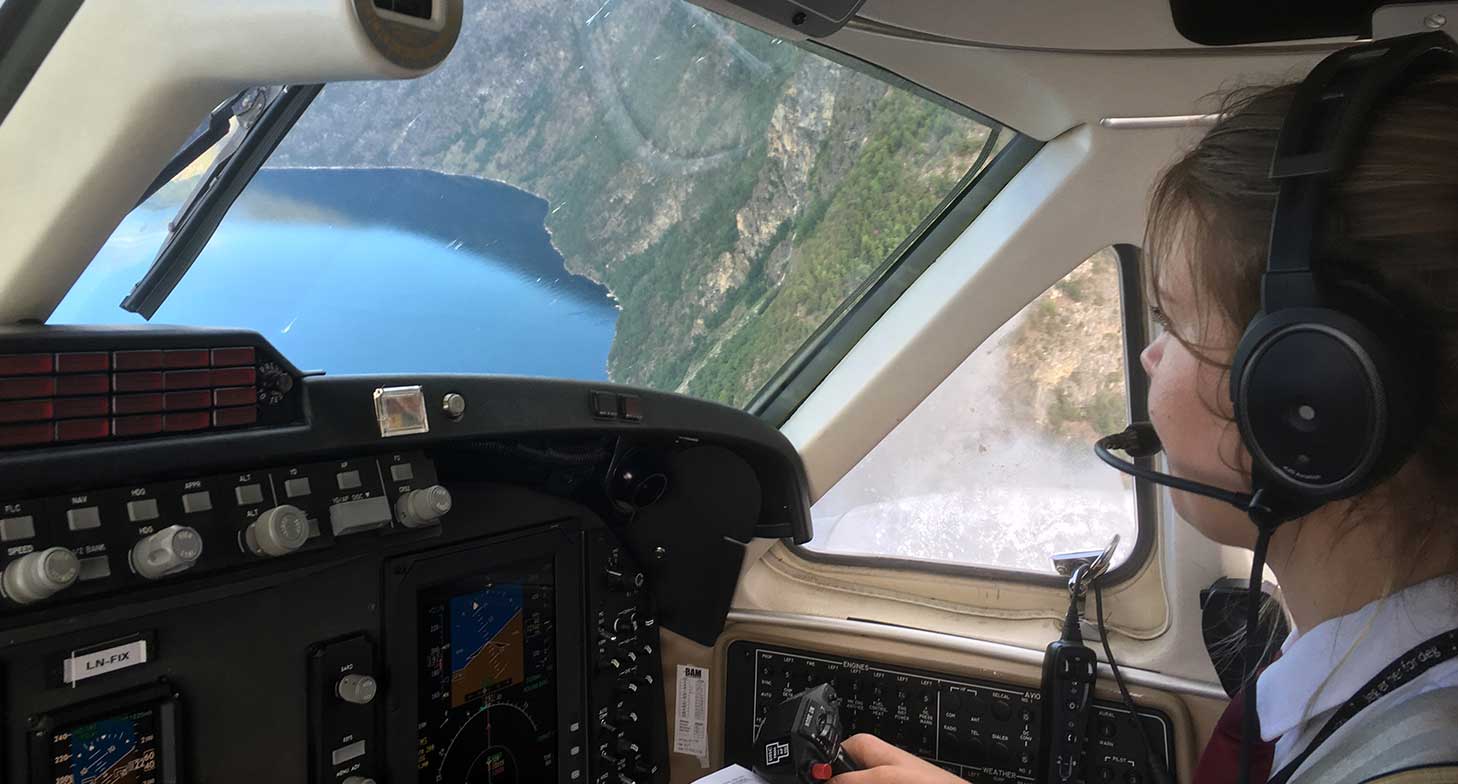 December 20, 2017 | Passion, PT6A | 4 min read
Airtime gets into the cockpit with air ambulance pilot Anette Vreim (aka @MissBeechcraft on Instagram) to hear about her passion for the King Air and love for Arctic aviation. 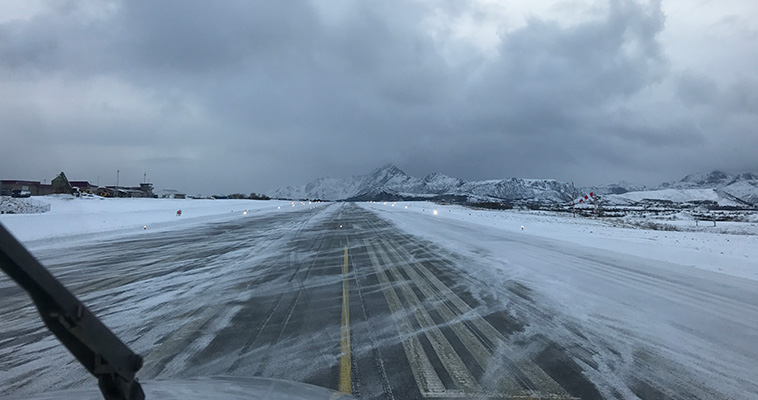 Norwegian aviatrix Anette Vreim, First Officer, Lufttransport, is living her dream as an air ambulance pilot for Lufttransport while sharing stunning aerial pics on her popular Instagram account, @MissBeechcraft. Airtime recently caught up with Anette to talk about her passion for aviation and how she relies on her PT6A-powered Beechcraft King Air 200 to withstand cold Arctic weather conditions.

Anette Vreim remembers loving airplanes since she was a little girl.

"I never imagined a career in aviation because I thought you needed some special talent," she told Airtime. "Then, when I turned 20, I told my dad I was considering becoming a pilot and he suggested I try it out with an instructor. I flew in a little Cessna, and from that moment on I was hooked!"

Her first job was flying an Airwing in Oslo on air cargo and air ambulance missions. That's where she began gaining experience not only for airlift missions, but also for cold weather conditions. 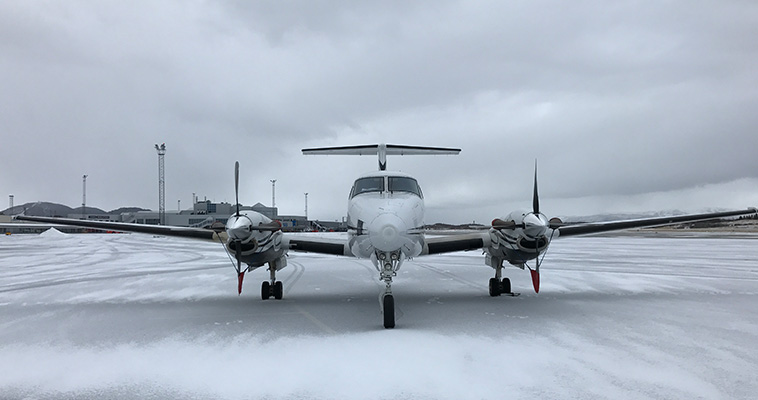 Anette remembers an ambulance flight early in her career. "It was up in northern Norway during a winter storm. It was the middle of the night, and the wind was extremely strong."

"That was my first real experience with bad weather, but after I got through it, I knew how much I could depend on the King Air and the PT6A. It was a good experience, because it gave me more faith in the machine," Anette recalls.

It’s always been my dream to fly air ambulance missions. For me, it’s more rewarding than just flying passengers from A to B. Norway is a lot like Alaska – because of the long distances and the mountains, driving to a hospital can take up to 10 hours. Remote communities are dependent on air ambulance aircraft and really appreciate the service they provide.
ANETTE VREIM, FIRST OFFICER, LUFTTRANSPORT

Maintaining the engine in cold weather means pilots need to be fully aware of potential weather-related issues that could affect performance. Ensuring a minimum temperature when starting the engine, keeping snow and ice out of the engine to ensure the fan doesn't lock up and protecting the inlet and exhaust are all part of essential prevention.

Anette is now gearing up for a job flying air ambulance missions out of Alta up near the Arctic Circle for Lufttransport. "That means I’ll be doing more flying in extreme conditions. Winter is harsh. There’s more ice and strong winds; it will be challenging but exciting."

"I’ll be working 12 hours on, 12 hours off, for seven days in a row," she said. "At the start of each shift, the captain, co-captain and medic have a 45-minute briefing to go over the flights for that day and make a game plan."

To ensure takeoff in an emergency, both pilot and aircraft need to be ready at a moment's notice, she maintains.

"Whenever possible, keep the airplane in a hangar. If you’re outside, use propeller straps and engine covers to protect it from the environment, especially near the coast because of the salt in the air," she said.

"When you start flying, you need to think about the temperature and how it will affect the engine in such extremes. You can’t operate the PT6A if the oil temperature is lower than -40 degrees Celsius for startup and the minimum temperature for fuel is -54 degrees Celsius." 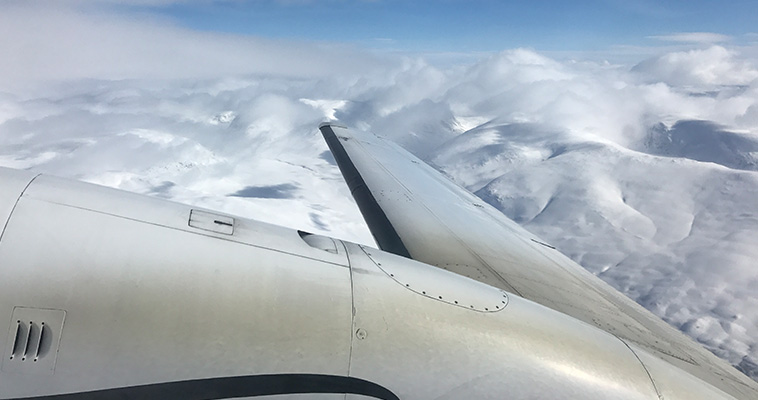 When you fly air ambulance missions, no two days are ever the same. There’s always something new. That’s what I love about this work.
ANETTE VREIM, FIRST OFFICER, LUFTTRANSPORT

On Instagram, @MissBeechcraft shares Arctic scenery with her followers, offering enormous gorgeous vistas of ice-capped mountains and sunsets from the viewpoint of a cockpit.

"I have the best office view that anyone can ever have, and I love sharing those pictures with other people," she told Airtime. 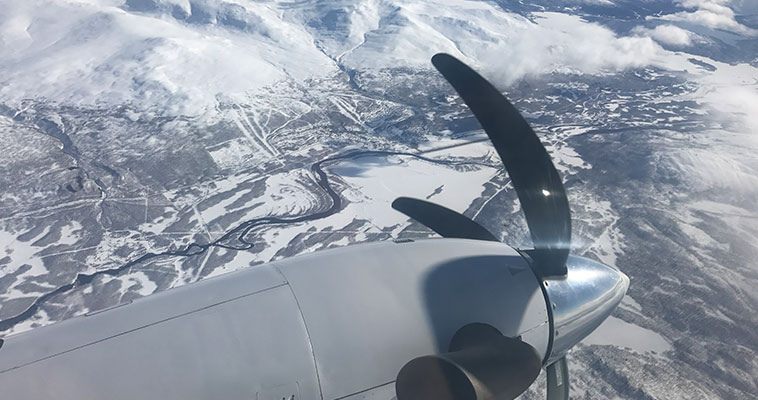 "Flying in northern Norway is really beautiful, especially with the fjords and the snow-covered mountains in winter. My dream is to buy a camera that’s good enough to capture the northern lights. Hopefully I’ll be able to share those with my followers some day!"

Her favorite thing about flying a King Air? It's "like flying a sports car, compared to a jet," she told Airtime. "It’s more versatile and it can land in places where you can’t land a jet, like steep approaches on short runways." She says for a pilot, the King Air offers control. "You can feel it in your hands, unlike with a fly-by-wire system." 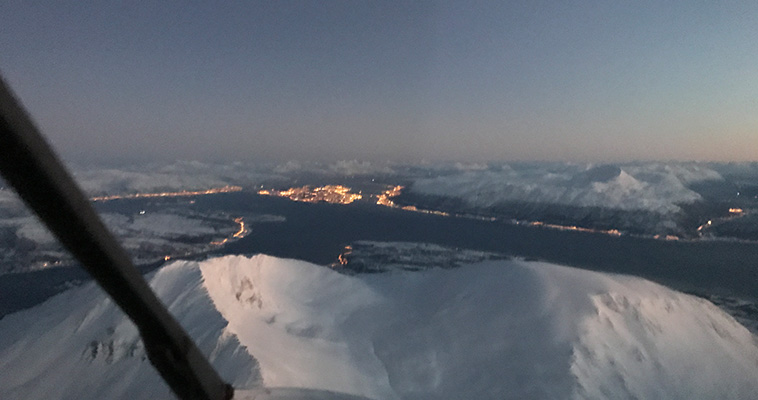