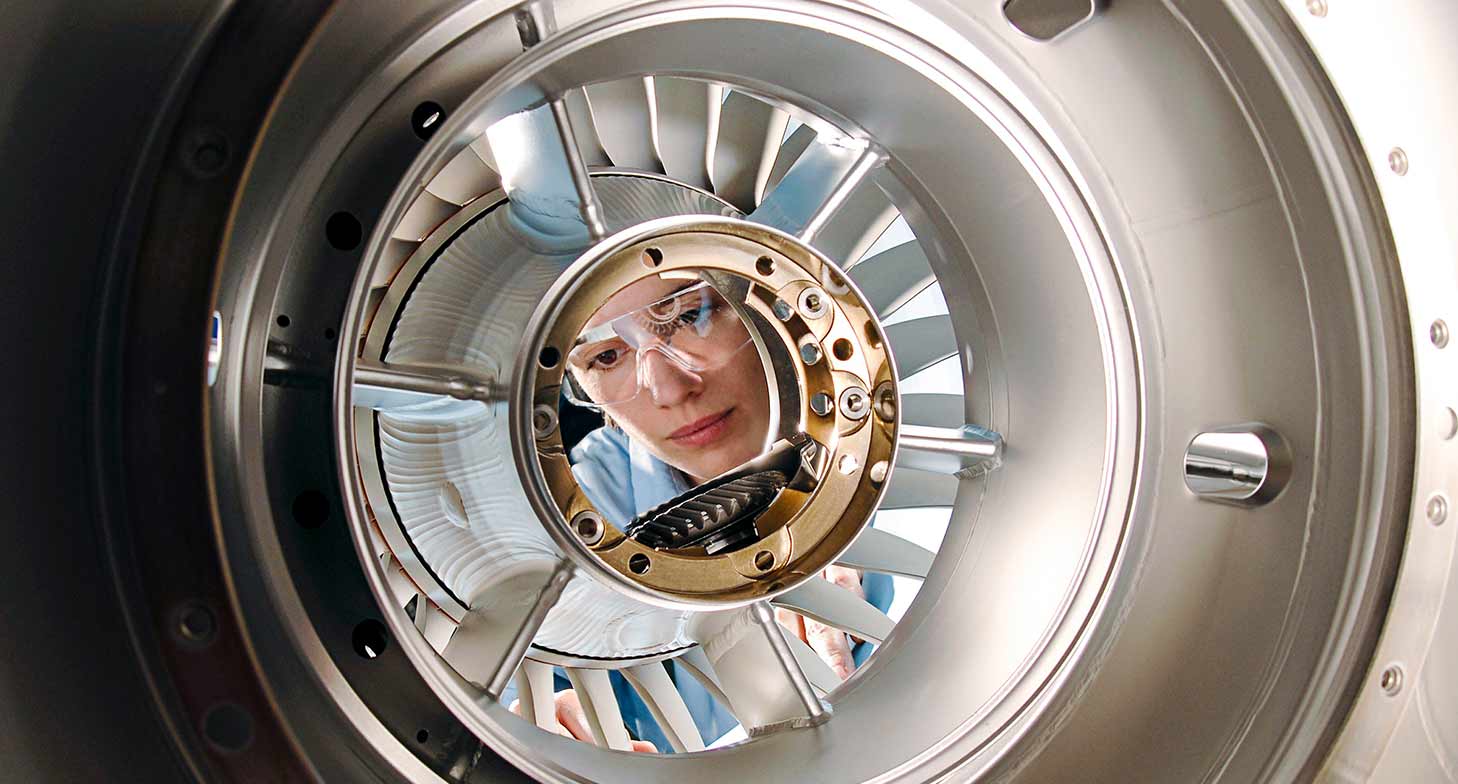 February 2, 2018 | Maintenance, Performance, Technology | 5 min read
Ten years ago, Delray Dobbins, Senior Manager, ESP Sales, began tracking Fortune 100 companies’ use of engine maintenance plans for their corporate jets. In 2009, only one of the top five companies’ flight departments had their engines on a plan. By 2014, that number had jumped to four out of five—reflecting a major shift in the market that continues today.

Indeed, for aircraft owners concerned about the resale value and time on market of their assets, maintenance plans like P&WC’s Eagle Service™ Plan (ESP™) program have become a must. Large business jets which are not on an engine program may languish on the market for year. Even the biggest companies with the best-kept aircraft are at a disadvantage when they try to sell aircraft without coverage.

“Brokers have run a ton of data and metrics in recent years showing that aircraft on engine programs sell faster than those that are not,” Delray notes. This is especially true for medium and large fixed-wing aircraft, for which an overhaul is significantly more expensive than it is for a smaller utility aircraft.

In the past, when I would meet with energy and oil companies here in Texas to discuss putting their aircraft engines on a maintenance plan, they would tell me, ‘We see the benefits of your program, but we’d rather spend the money on drilling instead.’ It was this way for 40 years. However, in the last 5-8 years, most of these same companies are seeing the value of engine programs are embracing the OEM ones.
Delray Dobbins, Senior Manager, ESP Sales
"You always have to look ahead five to ten years,” Tom Rhine, Manager, Logistics & Component Repair Business, told Airtime. “In the case of peening, we decided to get into it about five to six years ago because we saw a growing need and opportunity to better serve customers.”

In a nutshell, P&WC’s ESP program makes maintenance expenses easier to predict and manage by covering the cost of overhauls, inspections, unscheduled engine and accessory repairs and more on a pay-per-hour basis. Various levels of coverage are available to suit the needs and budgets of different operators. Plans can be transferred to the new owner when an aircraft is sold and there are no minimum annual flying hours. When P&WC dropped the annual minimums in 2012, many low utilization operators moved to enroll as they could now only pay for the hours they flew.

In keeping with the general market trend, more and more P&WC customers are recognizing the value of these plans. This is reflected in fast-growing enrolment numbers. P&WC now has over 10,000 engines on a pay-per-hour program. In 2018, there were a record 350 new ESP enrollments, along with 370 transfers thanks to a very active pre-owned market.

What’s more, while other programs on the market have not changed significantly in 20 years, P&WC has proactively developed incentives and enhanced coverage and financing options tailored to different missions and operating environments as well as to help customers enroll in-service engines onto a plan.

One example is the ESP Flex enrolment option. While the long-term benefit of an engine program is clear, the up-front cost may deter so operators. Flex addresses this by providing financing options that eliminate the need for a large initial lump-sum payment by deferring part of the cost. This is a great way to get all full coverage immediately while deferring a major capital outlay for more than 10 years, in some cases.

We don’t know of any other manufacturer who has come up with a way to spread out the cost of a buy-in to an engine program while giving 100% coverage from day one. The Flex program has been very well received by buyers of mid-time and high time aircraft. It has allowed them to enroll engines where previously the buy-in was a barrier to entry.
Delray Dobbins, Senior Manager, ESP Sales

The ESP™ecially for Your PT6 program, meanwhile, is helping drive uptake of engine plans in the turboprop world. In this market, operators have been more reluctant to enrol in engine programs, since overhaul costs are not as variable as they are for larger aircraft. The ESP™ecially program addresses this by offering 400 hours or two years of free coverage.

With overhaul costs rising and aircraft changing hands more frequently, Delray doesn’t expect the trend to change any time soon. “Even if there’s a rollback in pre-owned activity, demand for engine programs will continue to grow in all segments. Most buyers won’t even look at an aircraft without one,” he concludes.

For advice on choosing an engine plan, see our article on Calculating the Value of the Right Aircraft Maintenance Program.

EACH COMPONENT IS UNIQUE

Engines are like snowflakes: each one is unique. As Jeffrey explained to Airtime, “Every engine that comes in to our shop is different, depending on the type, how long it’s been in use, its operating environment and so on. In the 30 years I’ve been here, I doubt that we’ve ever done exactly the same engine repair twice."
Thanks to the use of new technologies, we’ve considerably reduced the turnaround time for the engine overhaul process, which is a major advantage.
MARK DETTORI, SENIOR ENGINEER, REPAIR PROCESSES
Given the highly sensitive components that P&WC deals with, including rotating compressor components like integrally bladed rotors, impellers and fan blades, each component must be considered individually.

TAT—or "turnaround time" —is a key metric for P&WC. “TAT is a big deal for our customers, because they want their engine downtime to be as short as possible, predictable and on schedule,” notes Mark.

Repair and overhaul technologies are just one of the fields where P&WC and its partners are pushing the envelope. Other innovations covered in Airtime include remote borescope inspections, Oil Analysis Technology and sustainable business practices. 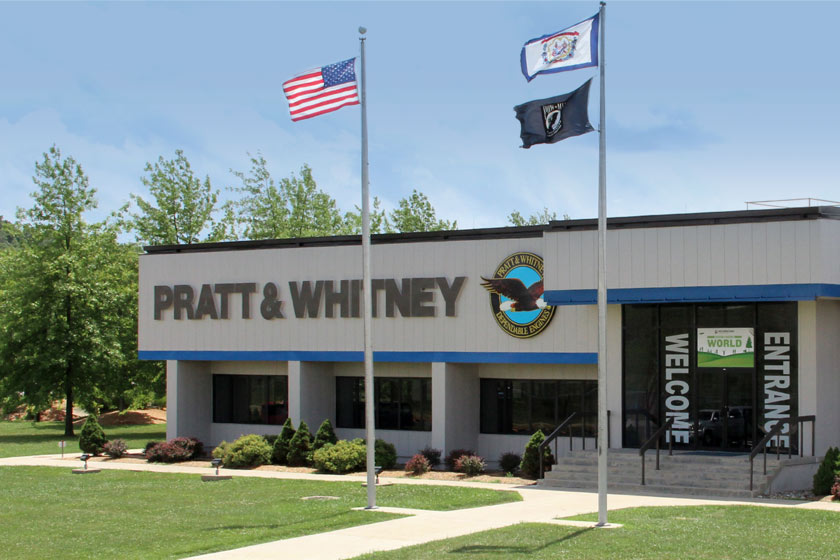 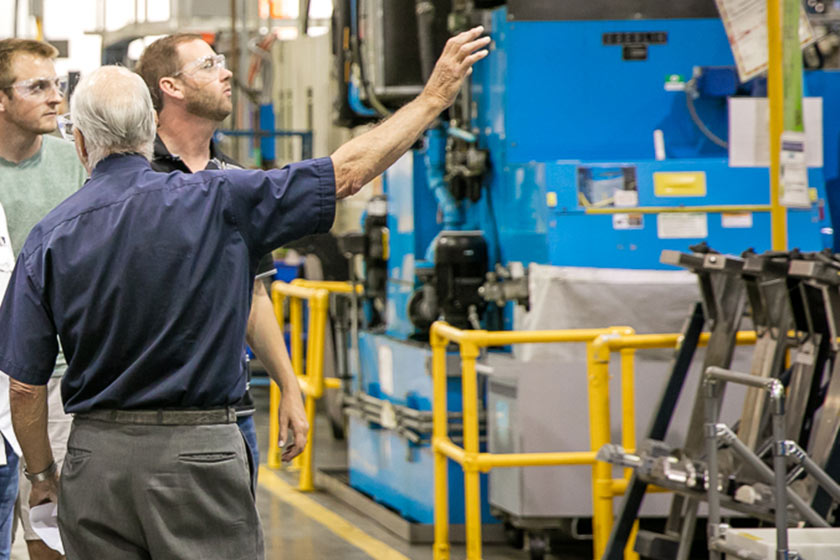 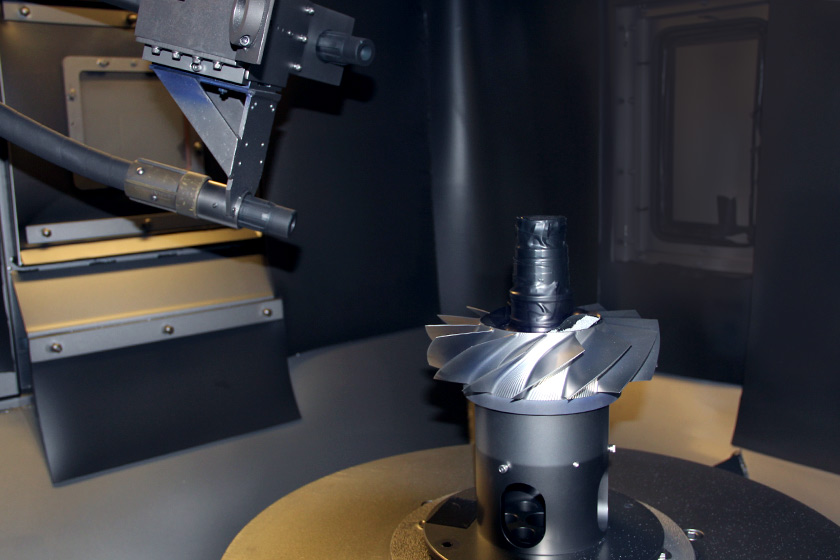